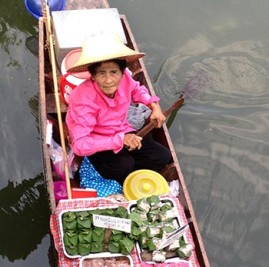 Given the current climate in the United States, we can learn something from developing countries about empowering communities to impact social problems and solidifying sustainability through social enterprises. On a trip to Thailand with Widener University School of Social Work, I had the distinct honor to meet several community leaders who elected to work outside government to address issues of poverty, health, and isolation. Addressing social policy is a slow process and seems very slow when needs are urgent. Once social policy is enacted, it lags behind social innovations. Many NGO leaders I met were convinced that the best methods of dealing with social problems were through empowering communities and building social enterprises to sustain change. Reliance on solely social welfare is considered inadequate. 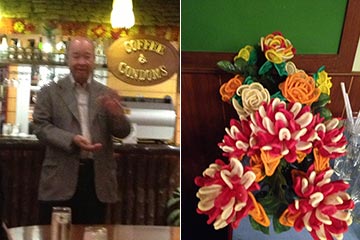 Mechai Viravaidya, a celebrated and inspiring leader of The Population and Community Development Association (PDA) in Thailand, spoke to our group about leaving the government sector to seek solutions for grinding poverty when government was unwilling to pay attention to the needs. Mechai noticed that the birth rate in Thailand in the 1970’s was 7.3%, with a pace that urgently threatened available resources and further entrench poverty. Mechai is the winner of many prizes, including funding from the Bill and Melinda Gates Foundation. PDA started by offering maternal health with family planning services, and then expanded their mission to offer health and sex education to combat the AIDS epidemic. PDA can claim success of lowering the birth rate to 1.5% by 2003 and saving 7.7 million lives from AIDS. This organization continues these services and impacts poverty by promoting development in over 700 villages coupled with corporations that empowers residents and their children to improve schools and other social institutions. 70% of their current budget comes from social enterprises, primarily from their famous restaurant called “Cabbages and Condoms” … a good business that also brings their mission into the public eye in a humorous and memorable way (even with a family planning office next door). 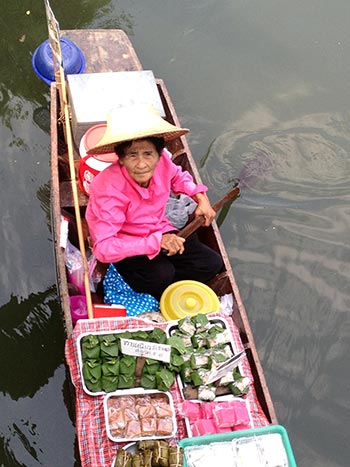 Other passionate community leaders told their stories of building community solutions. A floating market near Bangkok was developed to offer a stable market for small producers on the rivers, as well as to develop local schools and provide income for residents. Another program in Chang Mai called FOPDEV (Foundations for Older Persons’ Development) is empowering groups of elders to address local problems of elder isolation and lack of access to help. The farming collective in Lampang Province, where I had the privilege of staying as a guest of the Home Stay Program (developed as a social enterprise by social work students from Thammasat University), works cooperatively to solve community problems, promote leaderships in its community, and take care of each other and their spiritual and educational institutions. 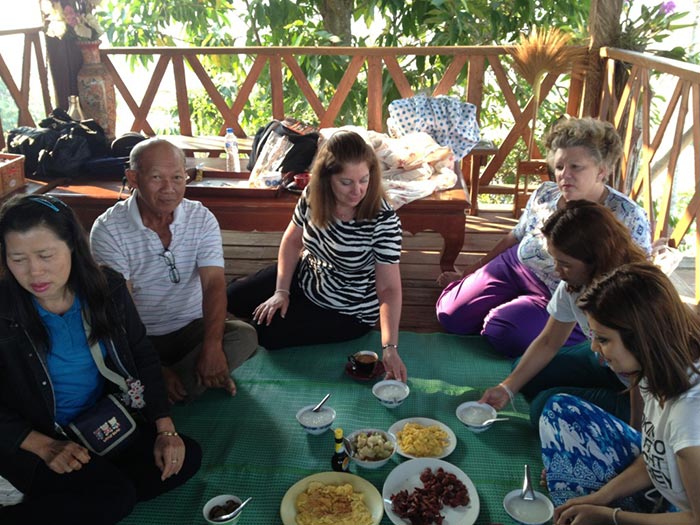 Poverty cannot be solved by social welfare alone. Community organizations rely on each other and social enterprises to address more complex issues of poverty. Teaching business practices and offering lending services to assist people to meet needs so as to build futures – not just a short term financial stipend. Common attributes of the leaders that I met included passion for the community and vision that people can come together for change. All of them admitted to the fact that that progress does not happen in short term but is very hard work over time and persistence is very hard work. In Mechai’s words, “‘No’ is a question and not an answer.” This passion and a dose of humor goes a long way to attracting people from many spheres who can become allies in encouraging progress — even those that were not originally in support.